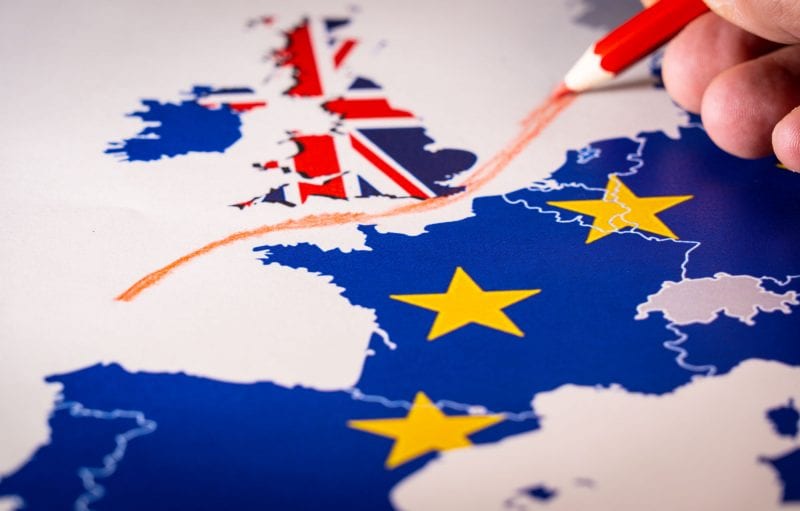 They do say a week is a long time in politics…and boy after last week’s political maelstrom they are not kidding. As it happens, we had prepared the following article ahead of the events and as we now know, matters have somewhat shifted. We have decided to publish the article as the key aspects involved in planning for an uncertain departure from the EU remain. We know all too well, through this Brexit issue, uncertainty is the one constant so we considered it of value to still provide a “worse case” scenario for planning purposes!

With only a matter of weeks left before the Brexit deadline, 31st October, it appears that Boris Johnson’s Conservative administration is preparing to take matters to the wire. In negotiation, it’s not smart to allow one side to hold all the cards and as frustrating and frankly worrying their hard-line is, the logic of having a threat to depart without consensus wrestles back an element of control.

The problem is this is all far too late in the day and the stakes are literally life-changing for many UK SME’s and their employees who are reliant upon a structured and effective working relationship with Europe. The fact also exists that the more attractive the deal for the UK the greater the prospect of the EU haemorrhaging members when similar referenda are demanded from anti-EU parties.

If it was easy it would’ve been resolved by now and nobody should suggest that this was a straightforward process however its clear to all that a significant amount of time has been wasted trying to sell an unpalatable deal that suited the EU but not ourselves.

A change at the top with Boris in charge could see more radical departures from EU employment legislation than previously suggested by Theresa May. For example, removal of the Agency Workers Regulations, amends to the Working Time Directive eg holiday pay – and potentially a cap on discrimination compensation. These are however simply predictions and not certainties at this stage, so what should be the focus on?

As an employer, you will need to provide support and full details of Brexit implications for those UK citizens based in EU Member States. Individual member states will be issuing their own visas and permits relating to residency in their particular country. It’s expected that the permits will be a short-term measure issued when the UK leaves the EU. The longer-term situation is however unclear and it would, therefore, be wise to set regular access dates for review of the summary of the latest position for each Member State. This information is published by the European Commission.

UK employers with EU/EEA (European Economic Area) and Swiss citizens they employ based in the UK can assist staff to apply for the EU Settlement Scheme. The Scheme makes it easy for EU/EEA/Swiss citizens and their family members who want to stay in the UK to get the UK immigration status they need.

If an employee is an EU, EEA or Swiss citizen, they and their family can apply to the EU Settlement Scheme to continue living in the UK after 30 June 2021. If the application is successful, they’ll get either settled or pre-settled status. You can help staff by signposting to the Home Office’s employer toolkit. Don’t worry as the applications are free and designed for ease of use.

To date over one million EU citizens based in the UK have been granted status. The Home Office is supporting a drive toward employers aiding workers with their applications ahead of the Brexit deadline.

Looking at a no-deal Brexit, EU/EEA /Swiss citizens wishing to apply must already be living in the UK when it leaves the EU on 31 October 2019.

The deadline for applications is 31 December 2020 and EU/EEA/Swiss citizens with five years’ continuous residence in the UK by the date of application will typically secure ‘settled status’. Less than five years’ continuous residence qualifies for ‘pre-settled status’ which can be changed as and when the five-year benchmark has been achieved. Both ‘pre-settled’ and ‘settled status’ permit EU/EEA/Swiss citizens to experience the rights and conditions they currently enjoy under free movement.

Note – Irish/ Eire citizens are exempt from having to apply due to the Common Travel Area Agreement.

If you’re currently recruiting staff from EU/EEA/Switzerland, you may wish to prioritise and accelerate efforts to complete the process and welcome the new employees before 31 October.

Any employee from EU/EEA/Switzerland, recruited to be based in the UK and arriving after 31st October 2019, who is intending to stay longer than three months, must apply for European Temporary Leave to Remain. Once granted this leave to remain visa permits up to three years residency to both live and work in the UK. On the expiry of the three-year period provided by the visa, the citizen will be required to meet the rules set within the new immigration legislation coming into force as of January 2021.

Clearly, in such uncertain times, it’s difficult to predict with any accuracy which political administration will be calling the shots next year. If the current Government remains in power we should expect to see news of the plans for a post-Brexit immigration system by spring 2020. There’s talk of adopting a points-based system similar to that of Australia but it will be the Migration Advisory Committee who will review options and present their findings at this time. There is at this time a white paper outlining the current thinking of the Government.

It’s highly unlikely that there will be any immediate changes to workers rights following a worst-case “No deal” Brexit. It is worth noting however that European Works Councils (EWCs) will not be an option for UK businesses in the future however there may be additional aspects of EU employment legislation that will be altered to suit the UK in the longer term.

Also worth noting that UK citizens will be exempt from visa requirements for up to 90 days, which will include business-related activities such as meetings and speaking at conferences.

It’s now essential that your organisation has considered all the options and risks in relation to a “no deal” Brexit and formed an overarching continuity plan which has been shared amongst your board and executives charged with managing the business.

If you do have immediate concerns on any Brexit related topic please feel free to drop us a line and we’ll provide guidance on the most appropriate course of action.

If you have any concerns regarding your organisation’s state of preparedness for Brexit please feel free to drop Robert or Sally a line e-mail SallyFletcher@samuelphillips.co.uk