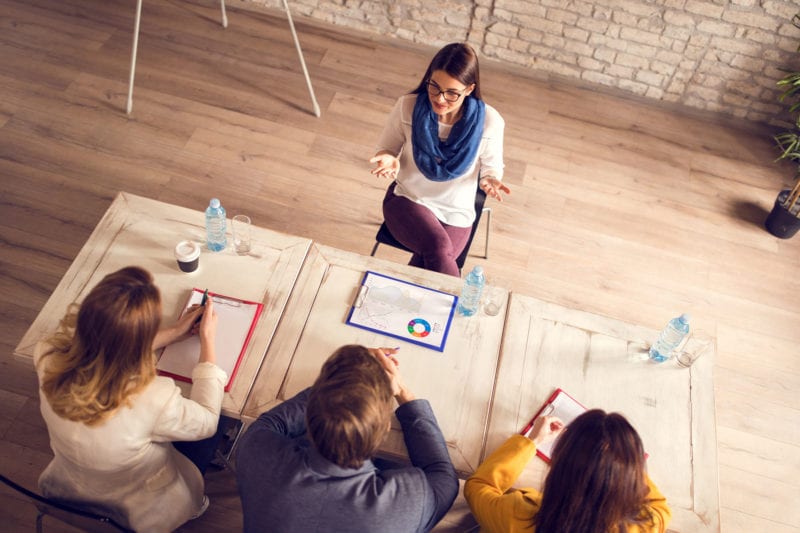 OK, in reality, it’s unlikely you’ll ever consider you’ve run a faultless interview. From preparation on your part to the odd dress sense of the candidate, something nearly always crops up. We focus on the key questions you should ask and those that you need to steer clear of when recruiting. We’ve all been there, sat in an interview either as the applicant or employer and for most of us probably both. There are the cringe moments of awkwardness, interrogation, humour and on occasion the step over the line questions that could land employers in hot water.

We thought it might be an idea to share some of those questions an inexperienced interviewer may think perfectly reasonable but are far from acceptable.

There are also occasions when the interviewer attempts, in good faith, to allay nerves in the applicant and there is a relaxed chat about their personal life again without realising it the questioning can appear discriminatory. Assumptions on sex, religion, race, age and disability can all come into play.

The answer is to be as relaxed as possible as the interviewer but be aware of the traps and avoid falling into them.

There are certain jobs where allowance can be made in terms of specific requirements. Positive discrimination is, of course, illegal, however, you can use positive action. If you have two matched candidates but one has a protected characteristic which you considered under-represented in your company you can select on that basis.

Now to those questions

Size Matters – Avoid asking outright how short/ tall or heavy someone is. If you feel they may struggle in a role based on their physique put questions based around the job in a work context and ask if they would have any difficulties in completing said specific tasks.

Healthy Approach – Employers should always be mindful of carefully dealing with questions around sickness records and disability. You can enquire as to why there appears to be a gap in the CV but you should avoid asking if they have any medical conditions or disability.

Location location location – “Where do you live?” This is such an easy one to fall foul of. It might seem an obvious question but inference can be drawn on an area someone lives in. Perhaps it’s populated by a particular ethnic group or you may consider it too far away. The truth is many employees will consider lengthy commutes for the right job and that is their
decision. All you need to ask is “Will you be able to start at 9.00am?” Similarly, “Where are you from” can be interpreted as a racially loaded question and avoided. If the CV clearly indicates that they are a recent arrival in the UK it is perfectly acceptable to ask if they are eligible to work in the country.

Work-Life Choices – Engaging a new member of staff is a risk. You want to know they’re reliable, trustworthy and not disruptive or radical in their approach. The truth is it can be very difficult to determine such factors in a simple interview and perhaps better to engage a form of psychometric testing. For the interview, it’s best to focus on the job on offer and ask if they have any associations/ memberships that might support and help in the position. Don’t ask them to name the organisations they’re affiliated to.

Crime & Punishment – Don’t ask outright if a candidate has a criminal record during the interview. Better to devise a simple candidate application form where they will need to answer the written question and at that point, they can raise any potential concern. Many successful employees have had a past they’d rather forget and should be prepared to be honest and upfront about any history which may cast a shadow on their application.

50 Shades of Grey – Don’t get “tied up” in questions over a candidate’s age. Other than in very exceptional situations e.g. an occupational requirement, age discrimination is prohibited.

Gender Contender – Sex discrimination is one of the biggest causes of employee disputes so best not start before you’ve appointed the candidate. Avoid making gender-specific comments especially if a man is applying for a historically female role or vice versa. Ask about what they offer to the role rather than set them as a comparator to the opposite sex. Equally, sexual orientation should not come into the discussion unless the candidate themselves raises it. Refer to your equality policies and training and inclusive culture but only if the interviewee refers to a concern about their sexual orientation. In the 21st century, we would hope employers would not present as homophobic or misogynistic but unfortunately, we still have examples where such attitudes persist. Just ensure the candidate is not left with an impression that your business is one of them.

Holy Inappropriate – As they say, don’t talk about sex, politics or religion. Religion should only come into play if the role specifically requires someone with a belief relevant to the job. An obvious one being a Church of England Vicar or Catholic Priest. As a general rule, you should ensure that candidates can work on all days that you wish to have covered by the position. It would be fair to ask that they can comply with this. Certain religious beliefs prohibit working on certain days and the interviewee would be obliged to confirm their availability.

If you have any queries or concerns relating to interviews or staff relations and possible disputes please contact us…
Call Robert Gibson or Sally Lomas Fletcher on 0191 2328451 or e-mail sallyfletcher@samuelphillips.co.uk