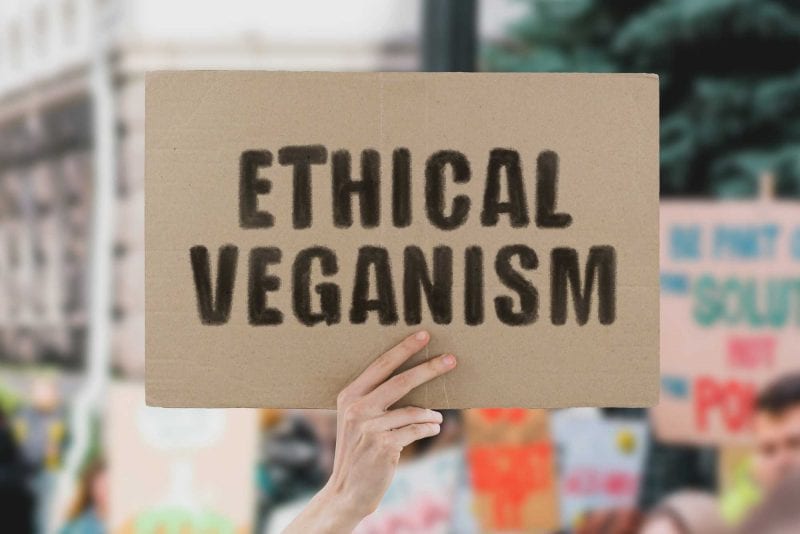 Jordi Casamitjana claimed he was sacked by the League Against Cruel Sports because of his ethical veganism.  The employer however states that he was dismissed for gross misconduct and the ruling has no effective bearing on the decision to sack their Head of Policy & Research.

Whilst the case regarding the dismissal has yet to be determined, this landmark decision by the tribunal judge, Robin Postle, rules that ethical vegans should be entitled to similar legal protections as those who hold religious beliefs.

Mr Casamitjana, who lives in London, said he was “extremely happy” with the ruling – adding that he hopes fellow vegans “will benefit”.

The crux of the disputed dismissal centres on the fact that he was sacked by the animal welfare charity League Against Cruel Sports after revealing that they had invested pension funds in firms involved in animal testing.

Despite raising his concerns over the ethics of the investments with senior management, Mr Casamitjana stated that they did nothing. As a result of their inaction, he took it upon himself to let others know and informed colleagues of the pension investment and as a result was sacked.

The League Against Cruel Sports says it is “factually wrong” to link Mr Casamitjana’s dismissal to his veganism. The charity did not contest that ethical veganism should be protected.

A vegan diet is purely plant-based and ethical vegans try to exclude all forms of animal exploitation including product testing, clothing and extends into many areas of life including transport choices and personal finances.

The ruling, heard at a tribunal in Norwich, places ethical veganism alongside other protected characteristics identified within the “Religion or belief” section as set out within the Equality Act 2010.

It determined that ethical veganism qualified as a philosophical belief under the Equality Act by satisfying several tests – including that it is worthy of respect in a democratic society, not incompatible with human dignity and not conflicting with the fundamental rights of others.

What do Employers Need to Know?

This ruling is not a legally binding precedent, but it will have an impact and be referenced if future cases emerge.

Employers should ensure that they do not discriminate against employees who express beliefs associated with ethical veganism.  This may prove harder for some employers than others.

As an example, it could potentially cause significant disruption to a food retailer or supermarket if staff express concerns over the sale of goods.  The door could also be opening to similar strongly held ethical beliefs such as those expressed by climate change activists.

Peter Daly, the solicitor for Mr Casamitjana, said the ramifications of this judgement for companies that employ vegan staff are “potentially significant”.

He said any abuse directed at ethical vegans “might be seen to be harassment in the same way a racist or sexist slur might be discriminatory action”.

Acting for the League Against Cruel Sports, Rhys Wyborn, from the law firm Shakespeare Martineau, said: “Although an interesting point of law, this hearing was preparation for the real crux of the matter: why Jordi Casamitjana was dismissed.

“In view of its animal welfare values, the League did not contest the issue of whether ethical veganism itself should be a protected belief, with the League maintaining that it’s irrelevant to the core reason for the dismissal.”

The tribunal will next consider whether Mr Casamitjana was treated less favourably because of his ethical veganism belief.

Religion and belief is one of nine protected characteristics under the Equality Act. The others are age, disability, gender reassignment, marriage and civil partnership, pregnancy and maternity, race, sex and sexual orientation.