Home » Is Your Business Wrapped Up in Presenteeism?

Is Your Business Wrapped Up in Presenteeism? 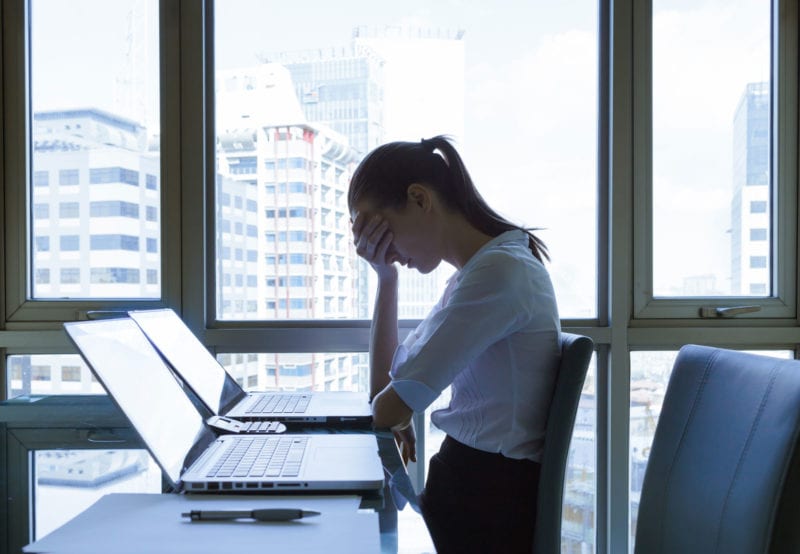 Recent research by health insurance company Vitality highlights a worrying workplace trend, that of presenteeism. This term relates to employees who find themselves driven, obligated or in fear tipping up to work when they’re unwell either with physical or mental health issues.

The Vitality survey, called “Britain’s Healthiest Workplace”, engages 167 organisations and over 30,000 staff. The objective of the study is to better understand and tackle poor health and wellbeing across the UK workforce.

The study found in excess of 40% of employees with work affecting their health – a figure that’s risen by a third over the last five years.

It found that people are putting aside both mental and physical health problems to be at work. Backing up the findings in the Vitality research a recent annual Health and Well-Being at Work Survey Report by the Chartered Institute of Personnel and Development (CIPD) also found evidence of unhealthy trends at work.

CIPD reported 83% of respondents noting presenteeism in their workplace, and 25% said the problem had got worse since 2018.

Underlying concerns over the economic outlook not least fears over the impact on jobs following Brexit and general uncertainty are at odds with statistics showing record employment in the UK. The introduction of zero-hours contracts and the proliferation of gig economy jobs have boosted the figures but not, it would seem the confidence of the UK’s workforce.

Productivity in the UK has, for some considerable time, lagged behind other nations and having someone at work who’s under par, potentially passing on an illness or having a negative impact on others, will not be helping their employer or productivity statistics.

How can businesses tackle this growing trend?

It might seem counter-intuitive to encourage staff to stay away from work, but if employees are genuinely unwell, it is only sensible to ensure they know the organisation’s standpoint. If an individual accumulates a large number of sick days, it can be due to an underlying issue that requires a more thorough investigation. If the days off are frequent but not obviously linked, they may be suffering from stress associated with their job.

Well-being in the workplace and care for the physical and emotional health of staff is something a large number of businesses are adopting. By way of example popular workplace initiatives include:

With an increasing number of unwell members of staff presenting for work, the direct consequence will be the impact on efficiency and productivity. So, whilst some may take a cynical view of the above initiatives, those employers who embrace and adopt a proactive approach to improving the health, fitness and well-being of their staff are likely to see the benefits.

Employers who embrace and adopt a proactive approach to improving the health, fitness and well-being of their staff are likely to see the benefits.

To bring a level of managerial order to an organisation facing a downturn in productivity and/or sickness levels the introduction of appropriate analysis such as the Bradford Scale can help to identify workers who have a poor sickness record without a known underlying cause. Of course, if they continue to work through illness it can be harder to identify however managers should be alive to the mood and energy of their respective teams and ensure performance concerns are tackled in a sympathetic, firm manner at the earliest possible opportunity.

A happy and healthy workforce will energise your business and help to address worries over presenteeism, absenteeism and productivity.