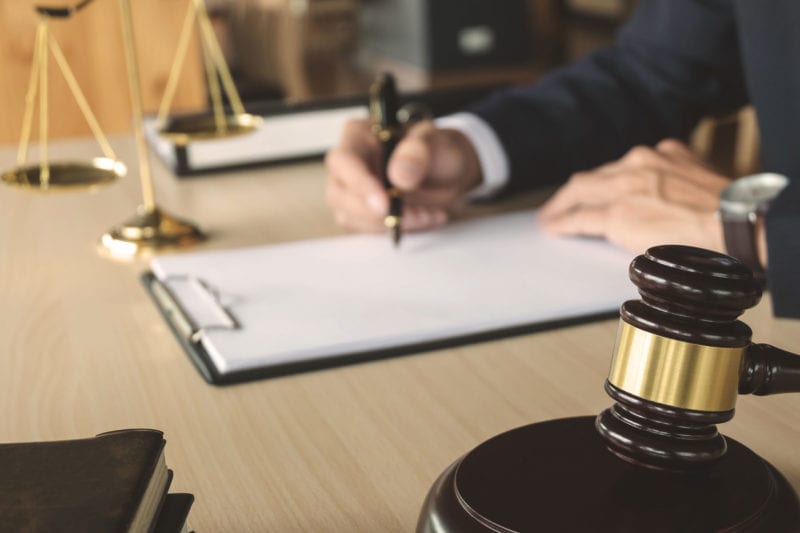 Here we explore two very recent cases where employers of well-known organisations have fallen foul of the procedural requirements necessary in circumstances they found themselves in.

Unexpected Comments in the Check Out Area

A supermarket worker in Dundee was unfairly dismissed after his managers were found to have conducted a somewhat one-sided investigation into his alleged ‘inappropriate’ messages that were posted on a 17-year-old check out assistants Facebook page.

The poster of the comments was 39 and the line manager of his 17-year-old colleague. Various remarks relating to the teenager were sent via messenger after the manager had made a friend request. Examples were, after a period of sickness the supervisor suggested she “get her cute ass to a doctor” and there were other references to tickling and cuddles. All of which suggests there may have been good grounds to suspect inappropriate behaviour but the Tesco managers who looked into the matter when the young worker complained immediately suspected “grooming” and leapt to conclusions, in the judge’s eyes, before they had sufficiently weighed up the evidence on both sides.

This can be a tricky area not least because of the “duty of care” to be shown to employees and a natural inclination to protect the younger less experienced worker. The fact is the duty of care needs to be on both sides to ensure the employer has undertaken a robust and thorough investigation of available facts and arrived at a “reasonable” conclusion based upon the evidence presented. The dismissal was found to be unfair due to the lack of balance shown in the investigation. There was little sign of taking the supervisors mitigating comments into consideration (he said it was only a similar way in which he spoke to his daughter who was a similar age). This defence may appear somewhat inappropriate but given the fact it was not corroborated or looked into at any level, they were not in a position to suggest an act of “gross misconduct” by the worker which consequently resulted in his dismissal. He had a previously good working record stretching back some 20 years services with the supermarket. The judge further defined his decision by stating that the outcome of the disciplinary had been tainted after one manager decided the claimant was “some sort of sexual predator” ahead of meetings which were to explore the facts. The key in any such matter is to do your best to remove the emotional response and focus on facts and tangible evidence that can help to determine the truth and offer a suggestion as to the most appropriate course of action.

After successfully offering phone support on behalf of homeless charity Shelter James Bulloss was offered an opportunity to join the web chat team.
The move appealed to Mr Bulloss who saw the online chat service as the future of support, it was also less tiring as it didn’t involve the same shift patterns as the voice calls.

Whilst the advice offered during his trial at webchat was spot on his supervisor noted that he’d made several spelling and grammatical errors. These weren’t picked up by respondents to the chat but nevertheless, it was considered worthy of addressing by his managers as it was considered inappropriate to offer such advice and support via poorly drafted responses.

Mr Bulloss had indeed been struggling and it was causing increased levels of stress which resulted in time off work. On returning to work he discovered he’d been moved back to telephone work. During a period of absence, Mr Bulloss had received a diagnosis that confirmed he was Dyslexic and as such this explained his struggles with webchat. Whilst he was technically more than capable of delivering the correct level of advice and support he would need help in delivering that in a format that met with Shelter’s standards.

Mr Bulloss was unhappy at the return to work he felt to step back and again was off work with anxiety and consequently handed his notice in. He subsequently brought a claim against the charity for disability discrimination, failure to make reasonable adjustments, victimisation and unfair dismissal.

The Employment Tribunal found in favour of Mr Bulloss given that the employer had not fully evaluated the capabilities of the employee nor taken an interest in the causes of the errors with webchat. Shelter had also failed to consider in the face of evidence of disability the prospect of making reasonable adjustments so as to assist the employee in delivering the webchat

service One such option could be the application of voice recognition software which is readily available for such operations. The ET found that a disabled employee wishing to undertake webchat work should not be denied the opportunity of such reasonable adjustments and instead be moved back to telephone-only work. The judge ruled that Bulloss had been unfairly dismissed, discriminated against, and harassed by Shelter and was awarded £28k.

Faced with a similar circumstance, employers should always explore the options available to support an employee in their efforts to honour their contractual obligations. There was full commitment from Mr Bulloss however the ET found that by contrast Shelter were all too quick in returning the employee to a role they knew was not one he was enjoying or suited to, given the shift pattern. Having failed to consider the various options available to support workers with such a diagnosed condition the employer was leaving themselves exposed to a claim for discrimination.