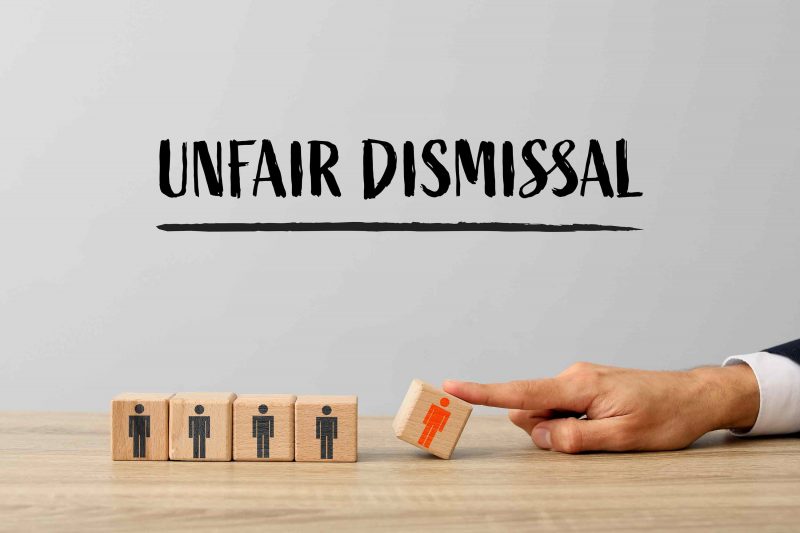 David Barrow is a hugely experienced Project Management Executive and during a long successful career at Texas based engineering company KBR, risen to the level of Director albeit his more recent promotions caused the trigger for what proved the end of his tenure.

Barrow was described as a driven and ambitious manager and he’d had over 36 years continual employment with the organisation at the point he was dismissed having joined as a graduate trainee in 1980.

Whilst in his last role as head of programme management Barrow became increasingly aware of organisational changes that he felt undermined his seniority and position. His recent promotion whilst on paper was an acknowledgement of his achievements it came without a justifiably expected pay rise.

At this time, 2017, Barrow had been experiencing increasing irritation with a skin condition which had left him feeling very agitated and lowered his mood. His GP prescribed a course of steroids in tablet form. The medication further impacted Barrow’s mental state creating anxiety, anger and depression all common side effects of the drug in men.

The cocktail of internal politics and personal fight with his condition manifested in feisty communications with HR and his manager. Little did Barrow know that this skin irritation was a symptom of a far more serious medical condition.

Barrow himself referenced feeling as though his “head was like a pressure cooker with emotions overflowing.”

During November 2017 there were several email exchanges becoming more animated as Barrow found his concerns over his position were not being heard.

At the end of this month Barrow met with his manager Andrew Barrie for a review session but the meeting was cut short. Barrow followed up with an email expressing his concerns however Barrie suggested the lengthy emails stop and a follow up meeting be arranged. Minutes after that email was sent Barrie then forwarded to Tim Rosbrook HR Director, stating “we need to proceed as discussed”

At the beginning of December 2017 Barrow was called to a meeting with HR and advised that due to a breakdown in trust and confidence his employment was to be terminated. He was asked to clear his personal belongings and leave within 20 minutes of the meeting concluding.

Judge Tony Hyams-Parish presiding at the London Employment Tribunal referenced KBR’s creation of an “intimidating, hostile, degrading, humiliating, offensive environment”. This pervasive atmosphere at work led to Barrow suffering severe depression and this combined with his illness and reaction to his medication not surprising that his communications were at times rather direct.

The diagnosis of cancer, a form of lymphoma, came January 2018 and at this point Barrow had appointed solicitors to handle his case. The firm communicated with KBR and informed the of Barrow’s condition. The response was a suggested meeting with the Vice president however this was not possible due to Barrow’s commencement of chemotherapy.

KBR VP Martin Simmonite initiated an internal investigation in April 2018 following receipt of a formal grievance claim from Barrow. Simmonite stated that he would not be the one to dismiss Barrow as he could see problems if they failed to reinstate Barrow.

Despite this comment a month earlier Simmonite wrote to Barrow 30th May 2018 formally dismissing him as a result of a breakdown of trust and confidence.

What KBR failed to do was identify a root cause to the behavioural change and make any considered effort to adjust for an employee who was clearly in some level of distress. Equally the catalyst for the concern, his lack of financial recognition for a promotion seemed entirely reasonable yet resulted in no meaningful resolution.

Regardless of the cause of a dispute an employee’s wellbeing should be central to an employer’s consideration when behaviours seem at odds with their usual manner.

At a time where we have all endured additional levels of stress, uncertainty and often workload, the need to be mindful of such changes becomes ever more important.

Setting plans for removal of a member of staff whilst not providing time, resource or thought to their reasons for grievance will. as with this case, not sit well with a tribunal judge.